his sleepy 20,000-person enclave south of Vancouver that began life as a resort area for city folk is becoming a real estate hot spot.

While change comes slowly to this community of mainly elderly retirees, you know something is afoot when the CBC’s Kevin O’Leary pronounces it the next big thing. And just at the moment when its brave new experiment in urban-style densification – seemingly at odds with its largely small town feel – is bearing fruit.

In the new “uptown centre” area – a two block radius north of the beach, Miramar Village – two 21- and 19-storey towers by Bosa that achieved rezoning approval in 2008 and were completed in 2010 – was followed by the Avra (Greek for “sea breeze”) – an Epta Properties 17-storey tower that was finished last April.

A handful of similar projects are in the works, including the Saltaire – its first phase, a five-storey wood-framed building, to be followed by a tower.

While this kind of densification may seem mild by Vancouver standards, in White Rock it caused quite a stir, with vociferous community opposition to the first tower, since quelled by amenity contributions and somewhat stringent aesthetic guidelines. In addition to landscaping around towers, the dominant theme of the moment is a sort of benign “West Coast contemporary.”

But with White Rock’s traditionally quirky architecture – partly a result of a federal mandarin who planned the town a century ago regardless of its steep topography, plopping down “Elgin” and “Oxford” streets on practically vertical slopes – one can understand the community’s fears about creeping gentrification. Still, the signs were there – really as soon as the Hells Angels clubhouse relocated to Langley more than a decade ago... 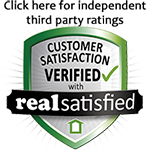